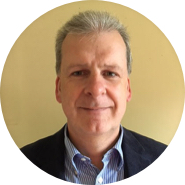 9 White Deer Brewery is a West Cork Brewing Company, setup and run by Gordon Lucey and Don O’ Leary. They are one of the most innovative craft breweries in Ireland, and have become famous for producing their gluten free beer range. In West Cork, they brew 9 award winning beers in house, ranging from Stout to IPA’s.

The owners of 9 White Deer needed a way to ensure the brewing process was always in control and monitored. With Craft Beers growing in popularity, a large number of new brewery’s have setup in recent years. Initial investment goes into the brewing equipment, and 9 White Deer brewery was no different. They now have 8 fermenters, 2 bright tanks and cold storage rooms, internal and external.

During the brewing process, control of the beer temperature is critical. 9 White Deer brewery have all their equipment controlled by wired PLC controllers, however, they have no remote monitoring of process. At night, or over the weekend when brewing staff are not present there was no way of knowing if everything was going to plan. If there was an issue with the temperature control, it’s possible to lose thousands of Euro of beer.

There is also internal and external cold storage for the finished product. Its important to keep the products cool during the summer months in particular. The external cold storage at 9 White Deer is a reefer container, and ensuring that the compressor turns on in the early mornings before the daily temperature started to rise is important to Gordon.

9 White Deer were looking for a cost effective solution to monitor their process in real time, and give them peace of mind that their production is running as it should. They also want to ensure the colds storage units are working when required and not spoiling finished product before delivery.

Remote Signals provided 9 white deer with TempReporter IoT devices and software solution. The sensors were sent directly to Gordon, and he was able to install himself in minutes. Once the sensors were installed on the brewery equipment, he downloaded the Remote Signals App and quickly setup his dashboard and alert parameters for upper and lower temperatures.

The brewing equipment in 9 white deer brewery was connected quickly and easily, and Gordon and the team have the ability in real time to view the operating conditions in the brewery on their mobile phones and through the Remote Signals web dashboard. If any temperatures are observed outside the desired range, the 9 white deer team is immediately notified.

The team at 9 White Dear now have full visibility into the status of their brewing process and storage units. When issues occur the team is quickly able to address any issues and potentially save thousands of Euro’s worth of stock. The sensors monitor 24/7, and data is available anywhere through mobile or web app, delivering peace of mind to Gordon and the team even when they are not on site.